I hope everyone had a wonderful Thanksgiving weekend! I tried out a new recipe for pumpkin pie this year - these 5-ingredient mini pumpkin pies from The Kitchn.  The filling was super easy to prepare, and the only step that took longer was making sure to press the pie crust dough fully in the muffin cups without breaking apart the dough.

This mini pie option is good to have on hand in case you're planning on having a variety of desserts - that way people don't have to commit to a larger dessert and miss out on the other options, haha.  This was a great little bite-sized dessert that was just as delicious the next day! 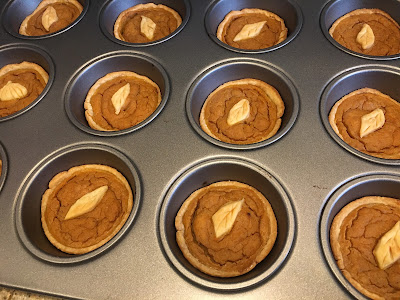 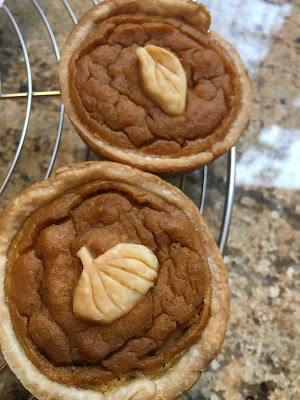 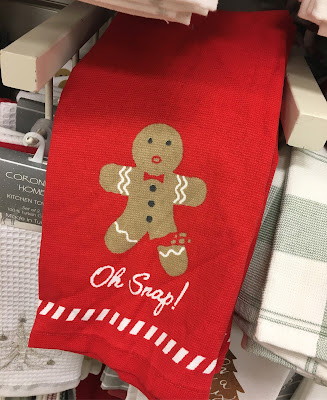 I will never, ever get tired of seeing the gingerbread "Oh Snap" items when the Christmas stuff starts coming out in stores, haha!  I found these kitchen towels (in red above, and also in white) at HomeGoods recently, and I love this type of cute holiday humor.  Plus, it's an easy and super festive way to decorate for Christmas!
Posted by K at 10:00 AM No comments:

The November flavors at Georgetown Cupcake are primarily pumpkin based which I always love, but also with a few other fun flavors mixed in as well.  As you might have guessed, these would make a perfect snack or dessert for a Thanksgiving gathering!

- Coffee Toffee: Coffee cupcake infused with crushed toffee and topped with a mocha frosting and crushed toffee.
Posted by K at 10:00 AM No comments: