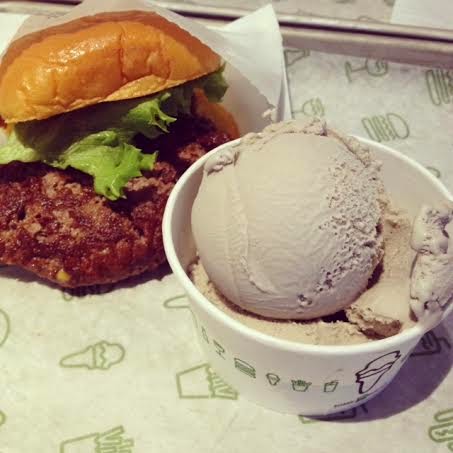 I wasn't really sure what to think when I first saw "Black Sesame Citrus" on the custard menu at Shake Shack.  I've had black sesame ice cream before, but not with anything else added.  So of course, I had to go and try it out for myself!

The custard tastes mostly like black sesame, which is good if you're a fan of that flavor like I am.  If you're intrigued/grossed out by the idea of a sesame ice cream, I would definitely recommend trying it at least once.  The sesame flavor is very nutty and reminds me a lot of peanut butter, which might make it sound less "weird" to most people.  There was definitely a citrus note to the custard overall, but not really anything too strong or overwhelming.  The idea of a grey-colored ice cream might not help either, but I would definitely recommend trying it out!