At the end of 2012, N and I attended a pizza making class at Matchbox Restaurant in Rockville.  I wasn't really sure what to expect, especially from a free class (you just have to sign up via email beforehand), but this turned out to be a delicious way to start off a Saturday morning!

Before we got started, we were offered beverages and these delicious house-made pop tarts from one of their other restaurants, Ted's Bulletin. I especially loved the bacon and peanut butter one (top right), yum. 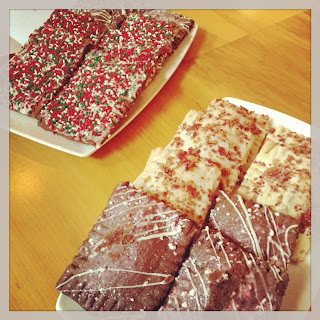 After our group watched the chef make an apple dessert for us to try later, and how to mix and form the pizza dough, we split up to roll out dough to make pizza crusts, and topped our own pizzas with anything we wanted. 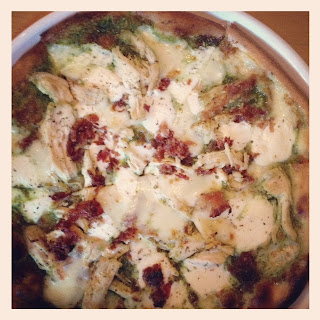 My first pizza had pesto, garlic, chicken, fresh mozzarella, and bacon.  The pesto was a delicious base for this pizza, mmm. 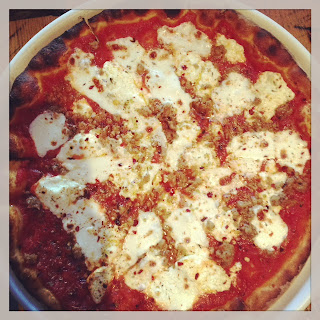 The second pizza that I made had red sauce, sausage, ricotta, fresh mozzarella, and some red pepper flakes for a little kick.  Ok, so I probably put way too many globs of cheese on it, but it was tasty nonetheless. 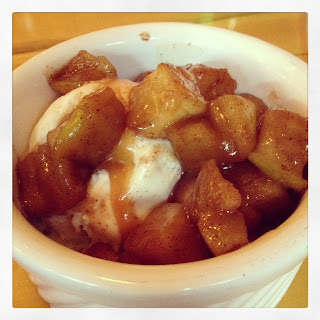 Here we have the aforementioned dessert, like an apple pie without the crust - the apples were put in the pizza oven with a bunch of other ingredients so it was warm and caramelized throughout. 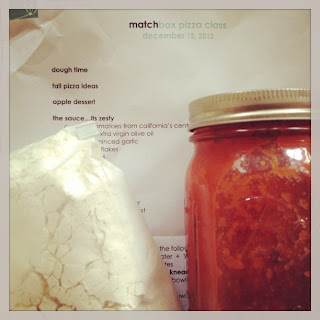 In addition to taking home the pizzas that I had made, we also got fantastic gift bags, which had flour, house-made pizza sauce, and a pizza recipe.  This was a great event and I have made several pizzas at home since I went, which I had never attempted to make from scratch before.  Thank you Matchbox for offering such fun events!